Besides writing and radio, he enjoys snow skiing, bicycling and other outdoor adventure activities. Having skied since the age of 10, Daniel enjoys many resorts but claims Alpine Meadows as his favorite.

Boating has always been one of his favorite activities. Daniel has been boating on the Delta since he was a small child. His family has had their ski boat since then and to this day still enjoys waterskiing and wakeboarding. Plenty of his days are spent cruising the California Delta, Sacramento and American Rivers as well as the Bay in the family’s 40’ Sea Ray, with many weekends being found just anchoring out, swimming and relaxing. In addition, he also enjoys doing other boat related excursions such as fishing trips on party boats and crabbing off Half Moon Bay.

Daniel became interested in Bay & Delta Yachtsman upon graduating college. As he began looking for jobs after graduation, he thought working in the boating and recreational industry would be great. He met Bill Wells at Marina West Yacht Club and decided to give him a call to ask if he knew of any job openings at the Yachtsman. He said that the magazine was looking for a copy editor. Since he liked boating, writing and reading, Daniel thought the job was a great fit for him. In addition, he hopes to gain more knowledge about the Delta and Bay while completing his editorial tasks. He is also very interested in the environmental aspects of the Delta, and has worked with Restore the Delta Foundation, writing letters and attending rallies.

When on the Delta, he enjoys several events in the area. Two of his favorites are karaoke at Moore’s Riverboat and the Rusty Porthole. He also participates in the Frozen Bun Run held on January 1st every year.

Bill moved to California in 1947 with his parents and brother. His father was an avid bird hunter and fisherman. As a child he accompanied his dad and brother on fishing and hunting trips in the Delta. He still has fond memories of his first overnight trip on the Delta aboard a family friend’s Chris Craft cruiser in the early 1950’s. Except for four years in the U.S. Navy and seven years living in Hawaii Bill has spent most of his life around the Delta area.

Bill is a retired yacht broker and currently is the Executive Director of the California Delta Chambers & Visitor’s Bureau and past Commodore of the Northern California Fleet of the Classic Yacht Association in addition to writing the monthly Delta Rat Scrapbook column for Bay & Delta Yachtsman magazine.

Pat Carson is a USCG licensed captain and operates commercial passenger vessels in the San Francisco Bay and Delta area. He is a partner with Bay Area Yachting Solutions, a company that provides hand on boating instruction, local and coastal deliveries, and maintenance of recreational vessels. Pat is one of the newest members to the Yachtsman crew and is looking forward to bringing his boating skills and knowledge to the readership.

What I Saw On The Bay

Jackie Philpott joins the staff of Bay & Delta Yachtsman as an avid sailor, an active member of the Singlehanded Sailing Society and a published author. With her first sailing lesson in 2002 of which she claims to be a late start in sailing, her adventures surely rival those of many who have been in the sport for much longer. Having sailed many parts of Wisconsin waters, Jackie now once again resides in Northern California. Here in the Bay Area, she has a never-ending urge to explore all areas of the Bay and for four summers even spent a great deal of time navigating the waters of the California Delta. With the Delta having over 1,000 miles of navigable waterways, she will be the first to admit that she has barely scratched the surface. However, that time was spent collecting information for her book WHAT I SAW Sailing in the California Delta, which gives a great perspective to the area by someone seeing the sights for the very first time.

Jackie is looking forward to covering boating related topics in her monthly column, What I Saw on the Bay. She is a sailor but more than willing to bring to her readership, the point of view from all those who love boating regardless of how they move about. You may see her in your local waters from time to time on her sailboat named Dura Mater. She will more than likely be singlehanded and busy managing her sails, but feel free to give her a friendly wave or nod. 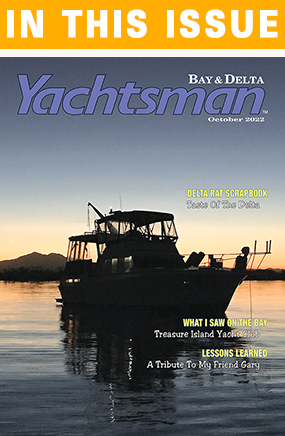 "Order your copy of Yachtsman today!" 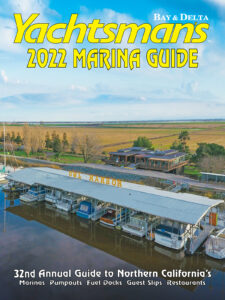 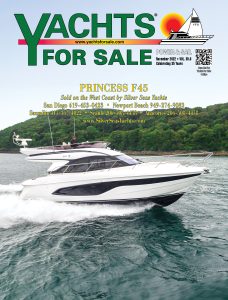 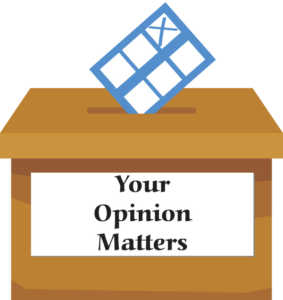